Danny Simmons: Paint Where It Ain’t 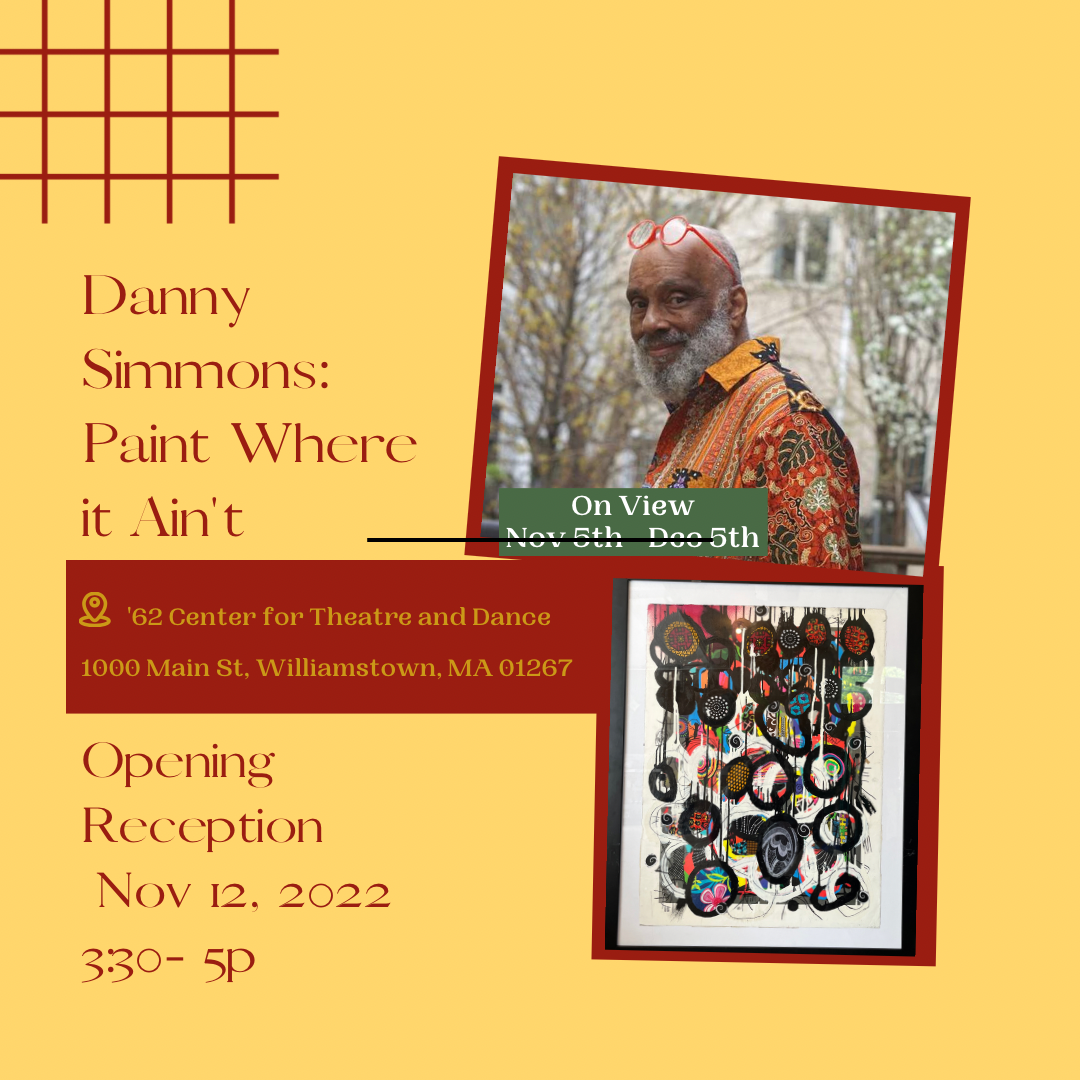 Danny Simmons: Paint Where It Ain’t

Artist, author, and poet Danny Simmons lends his magnificent work for a month-long viewing here in Williamstown, MA. These works were recently shown to great acclaim at the Houston Museum of African American Culture and the Hudson Guild in the Chelsea neighborhood of Manhattan, New York City.

Some of the works in this show were created while at home during the stay-at-home orders of the COVID pandemic, he threw himself fully into his studio practice to create beauty and hope during uncertain times. His work was described as neo-African abstract expressionism and much of the work has African textiles and influences. The New York Times stated that Simmons “injects freshness” into his abstract works, and that they are “meticulously rendered and decoratively impressive.”

Today, his works appear in prominent locations around the world, including the Brooklyn Academy of Music, Brooklyn Museum, Chase Manhattan Bank, Deutsche Bank, Schomburg Center for Black Culture, Smithsonian Museums, and the United Nations. He has shown work internationally in countries including France, the Netherlands, and Ghana.

ABOUT CORRIDOR ‘62
When the ‘62 Center for Theater and Dance was designed, the long corridor was envisioned as a space where the community would share and engage with visual and interdisciplinary art.

With this mission in mind, Corridor ‘62 was conceived as an exhibition space to expand access to the visual arts across the Williams College community and engage the public with works of art that embody the values of the ‘62 Center. This space displays artwork created by underrepresented artists at various points in their careers.

Corridor ‘62 is led by independent curatorial consultant Shawnette Smalls and a team of guest curators.

Please concisely detail your calendar description. Upon BBEC approval your event will be uploaded so that the community can be informed of your event via the BBEC calendar.