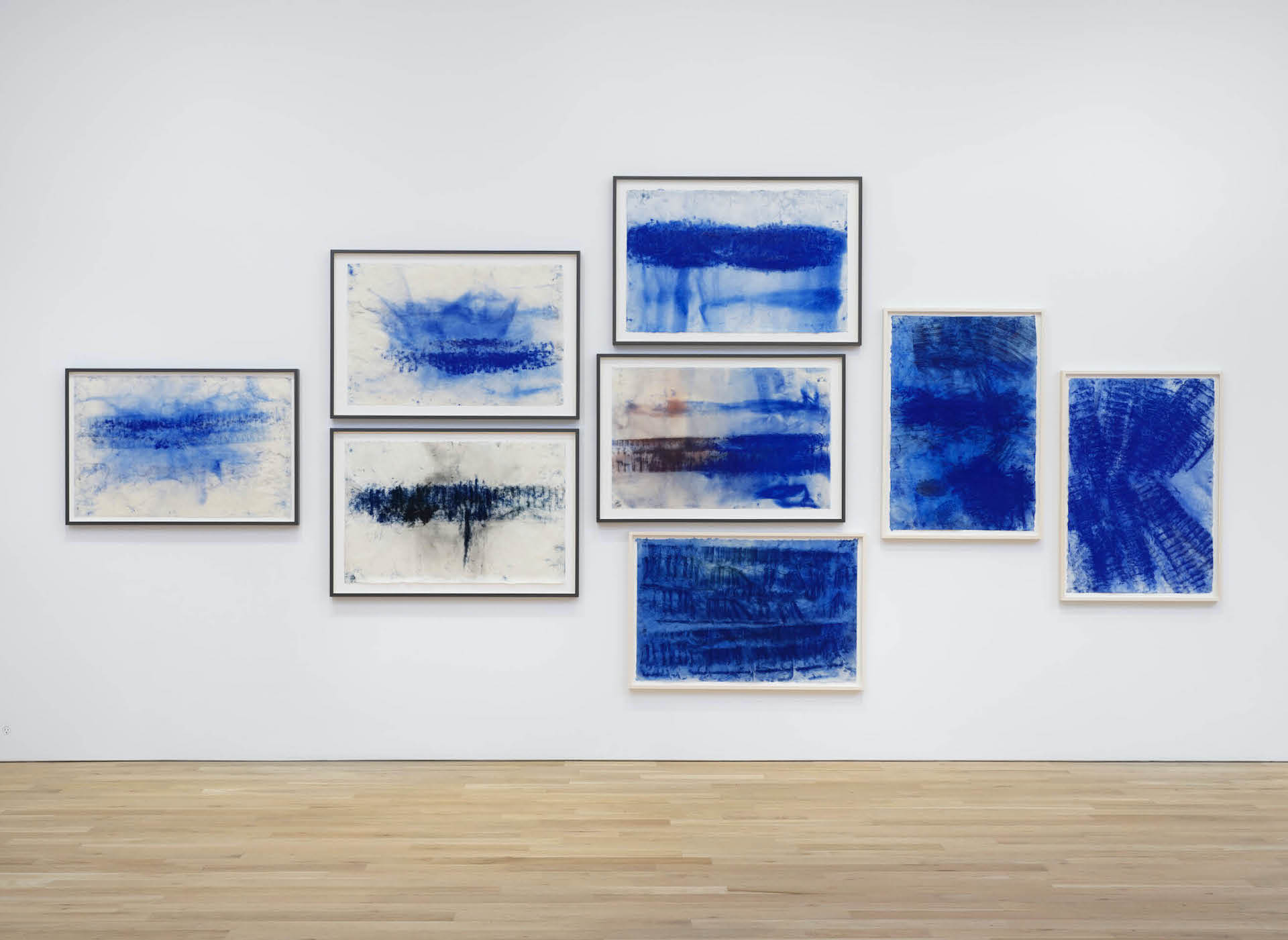 Visual artist, composer, and musician Jason Moran has said of his artworks, “these pieces emerge from my performance practice. My body in relationship to the piano and to bodies in the audience.” While experiences of live music vary from venue to venue, the embodied exchange between performers, instruments, and audience members–in the form of sounds, movement, and even touch–is central to experiences of live music across spaces throughout history. Black Stars: Writing in the Dark (on view December 17, 2022) encourages visitors to explore their own physical and historical proximity to the physical acts of making and witnessing live music. As Moran has said, “Where do we sit to be moved? I sit up close.”

The exhibition brings together Moran’s works on paper and two sculptures from his STAGED series. The STAGED series examines venues that showcased contemporary jazz as a revolutionary music. Drawing on the photographs and documentation preserved through Black jazz musicians’ archives, as well as oral history interviews, Moran creates installations modeled on spaces that shaped jazz in the 20th century. The exhibition at MASS MoCA will include Moran’s STAGED: Savoy Ballroom 1alongside his newest installation, STAGED: Studio Rivbea, commissioned for his exhibition at MASS MoCA. Moran’s new STAGED pays homage to the canvas-covered walls, parachute-draped ceiling, and reflective surfaces of Beatrice and Sam Rivers’ loft, as well as to the musicians and audiences who shared the space. STAGED: Studio Rivbea points to the ways that their quest for emancipation–both musically, and more broadly–reverberated far beyond Studio Rivbea’s walls.

Moran’s exhibition juxtaposes these reflections of the role of performance spaces in shaping jazz music with physical residues of Moran’s own performances. While Moran’s richly-pigmented works on paper initially appear to be abstract compositions, they in fact register the movements of the artist’s fingers across piano keys. Each work holds the keys’ memory of a performance from their perspective, temporally compressed into a visual gesture.

This exhibition is curated by Alexandra Foradas.

Please concisely detail your calendar description. Upon BBEC approval your event will be uploaded so that the community can be informed of your event via the BBEC calendar.